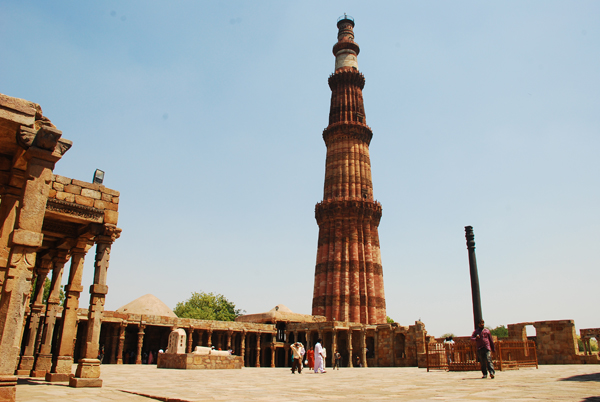 Qutub Minar is the pride of Delhi. The tall minaret was constructed in 1192 by Qutab-ud-din Aibak, and later completed by his successor Iltutmish. The soaring conical tower is an exquisite example of Indo-Islamic Afghan architecture.

Qutub Minar is a World Heritage Site and has survived the ravages of time impressively. The Minar of Delhi is surrounded by a lush green garden, which is an ideal leisurely place for visitors. Qutab Minar is the favourite destination of tourists. It is India’s most visited monument attracting around 3.9 million visitors every year.

Each of the 5 storeys and tower of Qutub Minar has unique designs.

It was hit by lightening couple of times and was damaged. The subsequent rulers repaired it. Thus it is standing mightily as it was before till date.

Qutab Minar is a great masterpiece of Mughal architecture. The base of the Qutub Minar measures 14.32 meters and the top of the structure measures 2.75 meters. The bird eye’s view of Delhi city from the top is amazing. The base of first storey has alternate angular and circular flutings, the second one is round. The third storey of the Qutub Minar has angular flutings. The balconies projecting out heighten the beauty of the Minar.

The tower is so high that around 379 steps are needed to be climbed to reach the top. Another taller tower adjacent to Qutub Minar is named Alai Minar which is somewhat tilted in one direction.

The verses from the holy Qur’an are carved on sandstone walls of Qutub Minar. This monument serves the purpose of calling people for prayer in the Quwwat-ul-Islam mosque. This is a tower of victory, a monument that signify the might of Islam, or a tower for keeping a check for defense.

Qutub Minar has some adjoining structures that lend shine of some of its fame. The Qutub complex houses the iron wonder nearby. The Iron Pillar is one of the metallurgical interests of the world. It is a thing to study as well as famous tourist destination. Traditionally people believe that if anyone standing in front of pillar with his back towards the column can encircle it with their arms, all his wishes will be fulfilled. Government has built a fence around it for safety.

An earthquake damaged top two floors of the minar during the rule of Firoz Shah; but was repaired by Firoz Shah himself. He built marble pavilions here. In the year 1505, earthquake again damaged it and was repaired by Sikandar Lodi. Once again the minar faced earthquake in the year 1794, then Major Smith refurbished the affected parts of the minar and replaced Firoz Shah’s pavilion with his own pavilion. This pavilion was again removed in the year 1848 by Lord Hardinge. Now it can be seen lying between the Dak Bungalow and the Minar in the garden.

Many natural conditions weathered the minar but it is still standing with all the might owing to time to time renovations and reinstated and renovated by the respective rulers.

1 thought on “The Qutub Minar of Delhi” 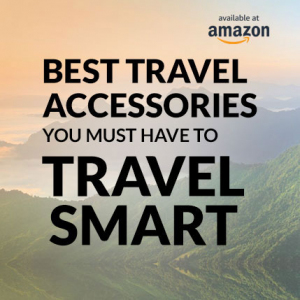